An Iranian plot to kidnap an American regime critic
Unbelief Brief
July 16, 2021
In the past few weeks: a plot to kidnap Masih Alinejad, Pakistan continues to prosecute blasphemy, Iran makes life harder for its religious minorities, and the Taliban continues to gain ground in Afghanistan. 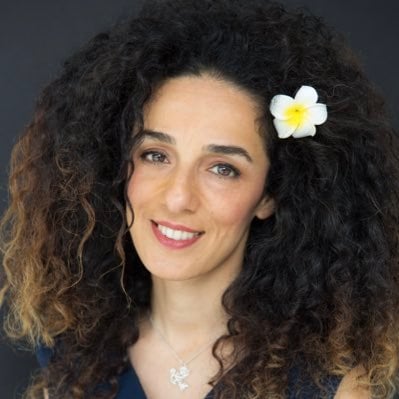 Several Iranian operatives have been charged in connection with a plot to kidnap Iranian-American journalist, activist, and sharp regime critic Masih Alinejad, who lives in Brooklyn. The scheme was reportedly orchestrated by the Iranian government itself. As a result of the uncovering of the plot, Alinejad was placed under police protection. Chillingly, this revelation comes a little less than a year after she wrote that the Iranian government had ambitions of kidnapping her. As it happens, they were serious.

In her capacity as a writer and journalist, Masih Alinejad has been a staunch critic of the Iranian regime and its myriad human rights abuses. No stranger to intimidation tactics from the Iranian government, she was forced out of Iran, her homeland, for her own safety in 2009. Since then, she has been no kinder to the regime. In the face of this most recent effort to silence her, Alinejad has remained unflinching: “That shows that they’re not scared of America,” she told the New York Times. “They’re scared of me.”

PM Khan: women should cover up and Uyghur advocates should shut up

First, in case you missed it: Pakistani Prime Minister Imran Khan sat down for an interview with Axios’s Jonathan Swan a few weeks ago, and topics included—among others—rising rates of sexual assault in Pakistan and China’s treatment of Uyghur Muslims. 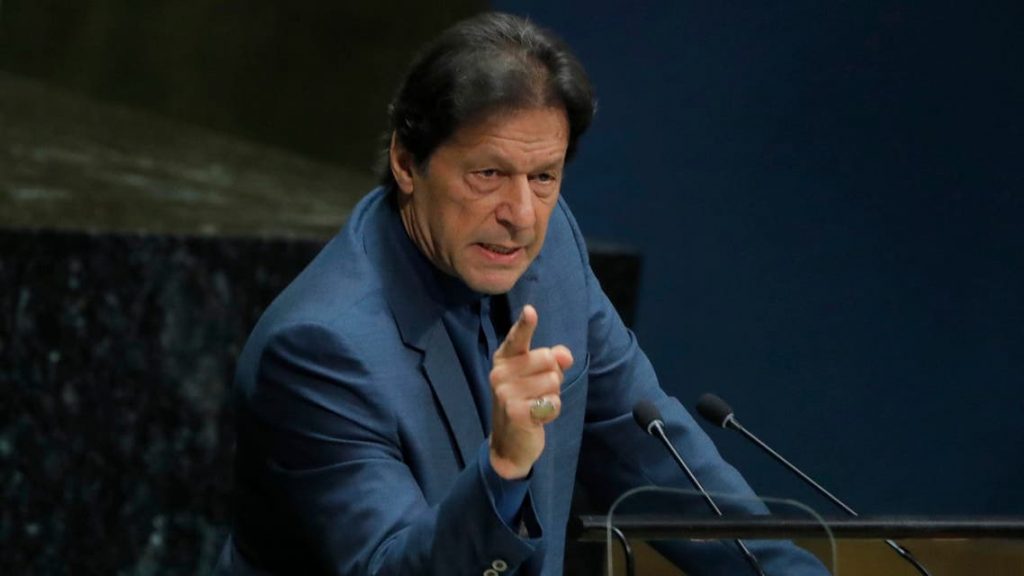 The Prime Minister suggested that women are to blame for the former, musing: “If a woman is wearing very few clothes it will have an impact, it will have an impact on the men, unless they’re robots … I mean it’s common sense.” He went on to suggest that “in a society where people haven’t seen” women who fail to dress conservatively enough (such as Pakistan), the risk of ill-behaved women provoking their own sexual assaults is especially high.

Disgraceful and disturbing as it may be coming from the political leader of an entire country, this type of victim-blaming is to be expected from a conservative theocrat. Perhaps less expected was Prime Minister Khan’s refusal to speak against China’s genocide of the Uyghurs, even given the strategic relationship between the two nations. The Prime Minister waved away concern about China’s treatment of its own Muslims, saying Pakistan “respect[s] the way they [China] are,” before starting to talk about the violence in the Kashmir region instead.

In other words: once again, Uyghur Muslims are finding that Islamic republics, far from being natural friends to them in their time of need, are happily serving as excusers or even agents of their oppression.

Also in Pakistan, blasphemy cases continue to be prosecuted, ruining lives over dissent against Islam one at a time.

One man was recently sentenced to life imprisonment for the crime. Another, whose case has been active since 2019, was shot by his brother as he was on his way to attend his blasphemy hearing.

These two incidents represent a microcosm of the dire situation those who blaspheme—or those falsely accused of doing so—face in Pakistan. It’s state repression or vigilante violence. And as it happens, both of these victims got off comparatively lucky, as they could easily have been sentenced to death or murdered instead; keeping one’s life, especially in Pakistan, is not a guarantee in these situations.

Keep an eye on our Persecution Tracker for more details on these cases in the coming days.

In neighboring Iran, the government seems to have decided that religious minorities have too many rights, and they are taking steps to rectify this. New laws have been introduced to punish “anyone who insults Iranian ethnicities or divine religions or Islamic schools of thought recognized under the Constitutions,” along with “any deviant educational or proselytizing activity that contradicts or interferes with the sacred law of Islam.” The former ostensibly only applies if there is an imminent risk of violence from such insults, but given Iranian authorities’ track record, it seems likely that they will manage to find incitement where most would see nothing but the expression of an opinion.

These laws will undoubtedly further oppress and repress Iran’s religious minorities, who are already targeted through the abuse of various laws related to blasphemy and national security. 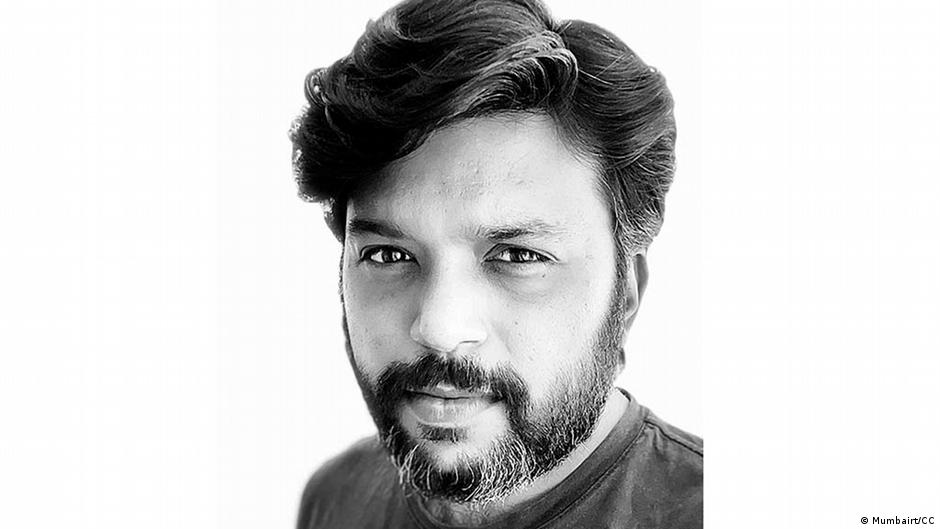 In the wake of the U.S. withdrawal from Afghanistan, the Taliban is gaining ground, and those who participate in the activities the Taliban had banned during their rule face an uncertain future. The religious hardliners disallowed many practices, including music, dancing, and kite-flying, which have since become popular in the country. A life of religious repression may, sadly, be returning.

Also in Afghanistan, another tragedy: Pulitzer Prize-winning journalist and Reuters’ chief photographer Danish Siddiqui has been killed, apparently by Taliban combatants. He had been reporting on conflict between the Taliban and Afghan special forces in Kandahar. His death is another unwelcome tragedy in a deteriorating situation filled with many.

You can see a collection Reuters prepared in Danish’s memory, featuring some of his most distinctive photography, here.

The state of the States.

In America, a recent study has shown, perhaps somewhat surprisingly, that atheists are still by far the most disliked “religious group” in the country, with no religious group having particularly positive feelings toward them. Progress has undoubtedly been made as secularization has marched on, but this shows that prejudice against nonbelievers is still alive and well.

This study also shows that Muslims are a distant second to atheists in terms of degree of negative sentiment—demonstrating, in fact, that Muslims and ex-Muslims may be more natural friends than it seems. They are, after all, partners in a shared experience: they both must contend with societal feelings that are, on the whole, less friendly to them than to other religious groups. 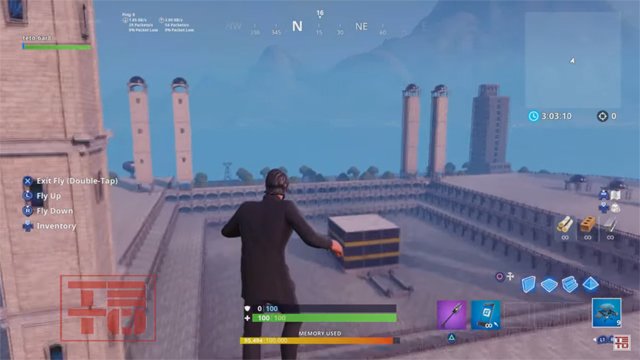 Al-Azhar in Egypt has issued a fatwa against Fortnite. Yes, the video game. This apparently came in response to an independently-created user mod which allows players to enter Mecca and destroy the Kaaba. This content is not featured in the game out of the box and the developers are not responsible for it, in other words. Nevertheless—the fatwa stands. Parents, protect your children from Fortnite!

Lastly, EXMNA’s Apostate Report—results from our survey of American and Canadian ex-Muslims—has been covered by the great Ryan Burge, sociologist of religion and author of the excellent book on Americans with no religion, The Nones: Where They Came From, Who They Are, and Where They Are Going. You can read his insights on the survey results here.