The intensifying plight of Pakistan’s Ahmadi minority
Unbelief Brief
July 30, 2021
Developments on blasphemy cases in Saudi Arabia and Nigeria, continuing persecution of Ahmadi Muslims in Pakistan, a stabbing in London, and a look at Asia Bibi’s post-blasphemy-acquittal life in Canada.

Release of a blasphemy suspect in Saudi. 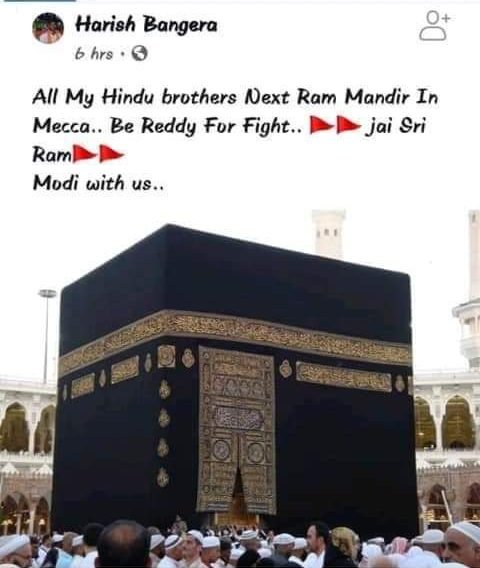 The Saudi government is slated to release Harish Bangera, an expatriate native of India who had been living and working in Saudi Arabia. The news comes after protracted advocacy on his part by Indian authorities, who have urged Saudi Arabia to allow him to return to India. This request will now be granted.

Harish had been accused of blasphemy for content he allegedly posted on Facebook about Mecca, Islam’s holiest city. Some reports have suggested that Harish may have been framed over the incident and innocent of posting such content.

Regardless, while perhaps crass and inflammatory (let it be known that EXMNA has no more love for Hindu nationalism than Islamism), the content in question was clearly a legitimate exercise of free expression that did not warrant imprisonment. Harish’s release from detention is a good thing.

An ongoing case in Nigeria. 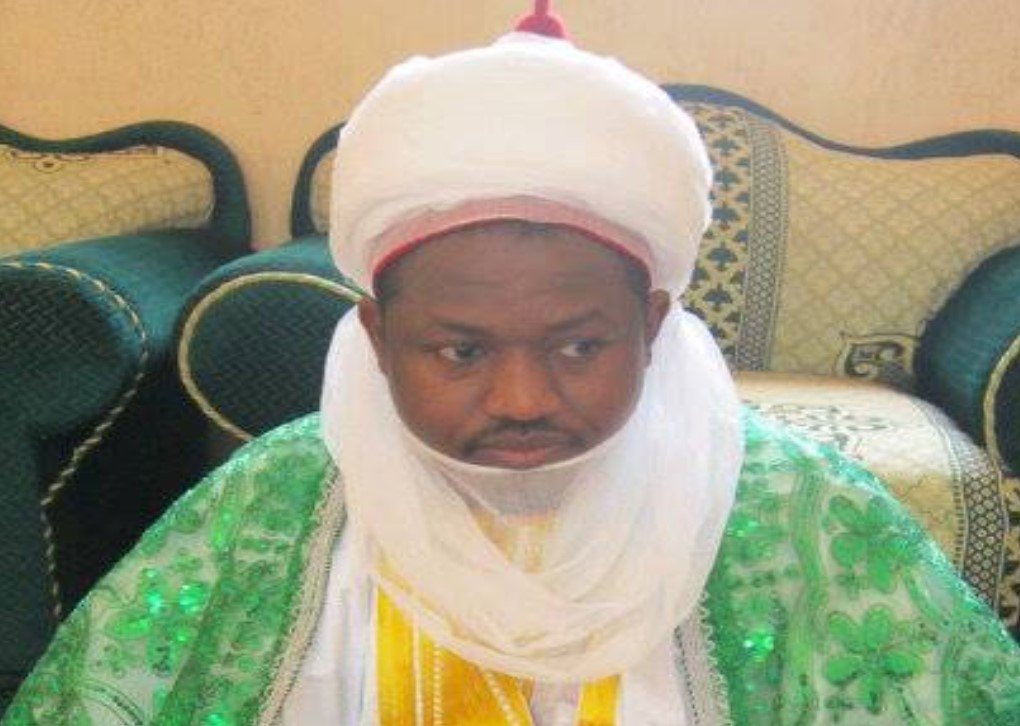 An Islamic cleric in Nigeria, Sheikh Abduljabbar Nasiru-Kabara, is facing blasphemy charges for allegedly insulting the Prophet Muhammad and his companions. The governor of Kano State recently made clear his administration’s intention to pursue the charges. The prosecution is ongoing.

Further details about the cleric’s supposed offense are scarce; in addition to blasphemy, he is also facing a charge of “incitement.” Nevertheless, this case serves as a potent reminder that blasphemy laws reach far beyond their core persecution of the irreligious and unbelieving. Prosecutions of this type, in fact, are not especially uncommon. Muslims can be, and are, subject to the dangers of Islamic states’ blasphemy laws if they find their interpretation or practice of Islam deviates from that deemed acceptable by the government. 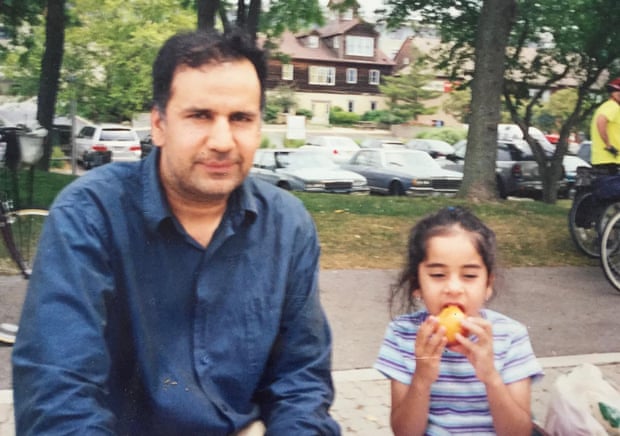 In no case is it truer that Muslims have to fear religious repression than in the case of the Ahmadis. They are Muslims, but some of their beliefs diverge from orthodoxy, leading the governments of most Muslim-majority countries to consider them another faith entirely. They are not the right “kind” of Muslims, you see. And the fact that they even consider themselves Muslims makes these governments very, very angry.

Though Ahmadis often face government repression for the acts of speaking, worshipping, or even simply labeling themselves Muslim, they must also contend with rampant societal persecution. It has now been a full year since U.S. citizen and Ahmadi Muslim Tahir Naseem was lured to Pakistan and shot dead (in the process of facing blasphemy charges), his killer lauded as a hero by citizens and police alike.

This atmosphere has gotten no better. Pakistan is currently seeing a rise in violent incidents and prosecutions against Ahmadis. Al Jazeera English has an in-depth piece on the drivers of this phenomenon and the consequences for many of its recent victims, which you can read here. 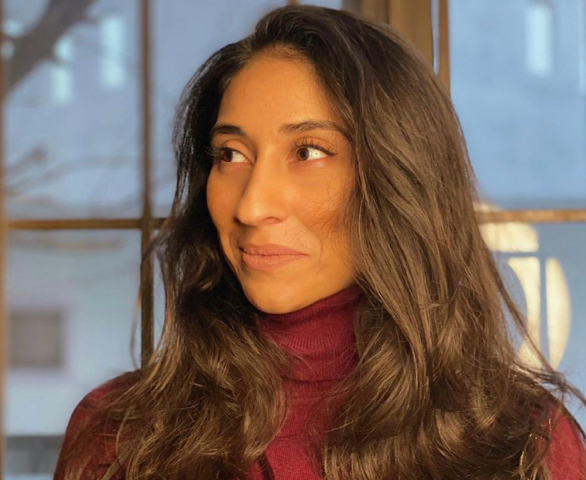 Violence against Ahmadis is not the only persecution in Pakistan that has been on the rise. Violence against women has, too—physical and sexual assault alike. (Remember that Prime Minister Imran Khan is aware of the latter and has suggested that women should cover up in response.) Noor Mukadam is the latest victim of this brutality, having been beaten and beheaded, apparently by a childhood friend. As she was “the daughter of a diplomat,” this horrific killing underscores the well-established fact that violent misogyny is endemic to all sectors of Pakistani society.

In Iraq, a recent suicide bombing claimed the lives of 35. Prime Minister Mustafa al-Kadhimi announced a few days after the tragedy that arrests had been made in connection therewith, targeting a “terror cell” of ISIS fighters. Certainly, though diminished, the extremist fanatics are not gone and continue to blight the land. 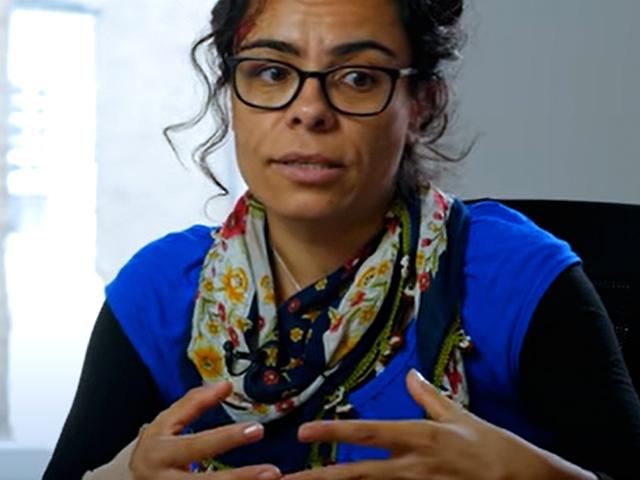 In London, a woman has been stabbed. Taken to the hospital for treatment, she will survive. Some on social media have identified her as Hatun Tash, a Christian preacher who has sought to convert Muslims to Christianity. At the time of the attack, she was wearing a t-shirt expressing support for Charlie Hebdo, the magazine whose Muhammad cartoons attracted religious extremists who carried out a deadly terror attack against its offices in 2015. Police have not yet confirmed a motive.

Somewhat more cheerfully, a piece spotlighting Asia Bibi’s life in Canada—farming, much as she did and loved to do in Pakistan before her blasphemy conviction—has been published in The Globe and Mail. It is, however, not all rainbows and roses for her and her husband, as nothing can be after a decade on death row for a nonexistent crime. Read about the twin relief and hardship freedom has presented her here. 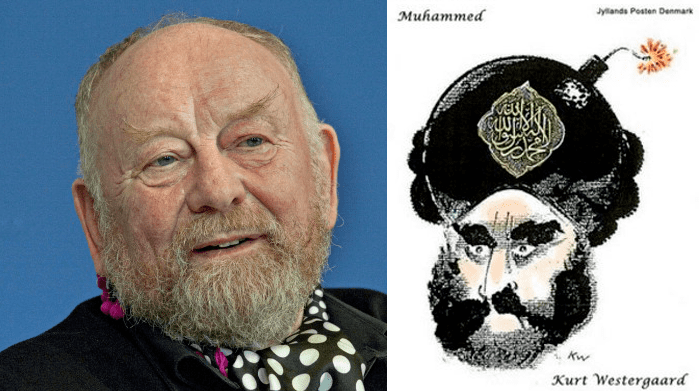 Finally, some sad news you may have already heard but nonetheless deserves a few words: Danish cartoonist Kurt Westergaard passed away on July 14th at the age of 86.

The schoolteacher-turned-illustrator arose to prominence in 2005 when a cartoon of his depicting the Prophet Muhammad (with a bomb in his turban, as if the baseline blasphemy weren’t enough!) was published in the Danish newspaper Jyllands-Posten. Ever since then, he faced persistent death threats necessitating police protection—at one point even suffering a home invasion from a jihadist attempting to kill him.

Both the cartoon and Westergaard’s subsequent persecution at the hands of religious extremists triggered international conversations about the importance of freedom of expression. For this reason, Westergaard always maintained, until the very end, that he never regretted drawing the cartoon or having it published.

Here is an excellent piece about the late Westergaard and his life, particularly his steadfast commitment to the rights of free expression.