The wolves descend on Afghanistan
Unbelief Brief
August 17, 2021
The Taliban mounted a quick takeover of Afghanistan, condemning it to a dark future. In its respect for human rights, the country now seems likely to descend even lower, making countries where blasphemy prosecutions remain high appear enlightened.

The completion of the Taliban takeover 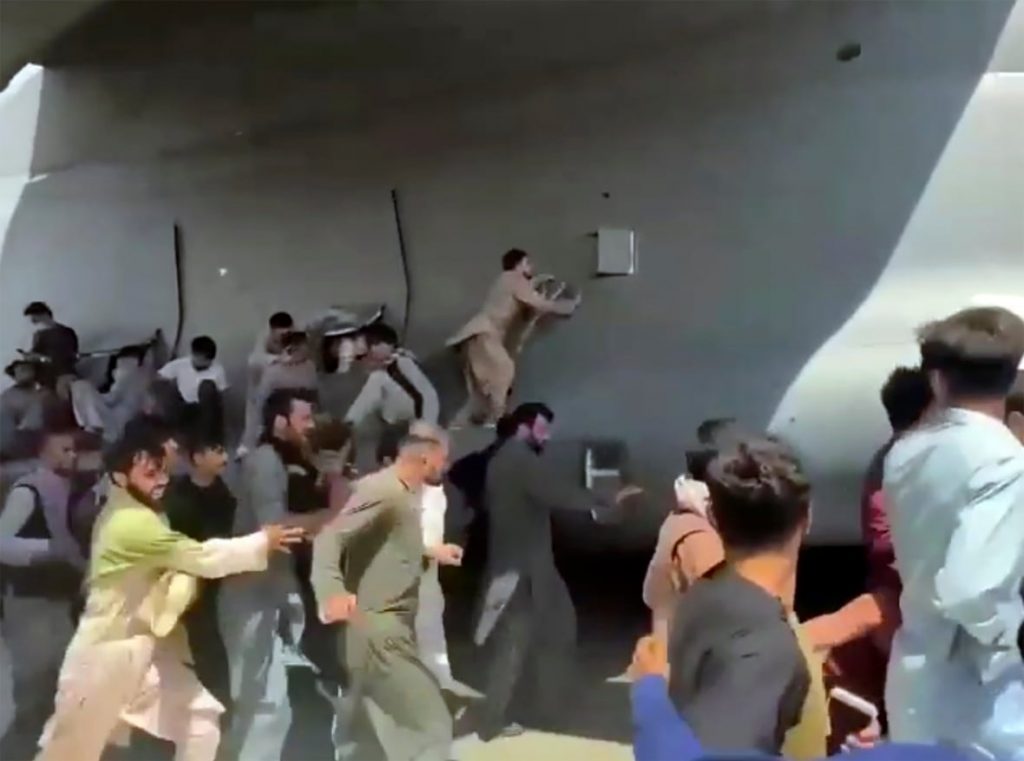 In Afghanistan, where the Taliban had gained rapid ground in the wake of Western forces’ withdrawal, the U.S.-backed government has fallen. The stunning collapse came after only a few weeks of Taliban fighters capturing provincial capitals in succession, in the process leaving a trail of blood in their wake. In this atmosphere, President Ashraf Ghani fled the country and relinquished control to the Taliban, who now occupy Kabul and have declared the war over.

The escalating violence and increasing hold of the Taliban prompted the U.S. Department of State to increase the number of Afghans eligible for refugee status in the United States, a category which now includes “current and former employees of U.S.-based media organisations, aid and development agencies and other relief groups that receive U.S. funding.” But even in the last few days, the situation’s fast deterioration may have rendered this insufficient. The Taliban now controls all land border crossings in the country, meaning the Kabul airport is the only way out—and that has been a scene of chaos. The situation on Monday was darkly uncertain; for most of Tuesday the airport appeared secure; and now reports emerge of new Taliban checkpoints at the airport gates, leaving a hectic scene outside the perimeter as throngs of people find themselves unable to enter.

Meanwhile, neighboring Pakistan was accused of directly aiding the Taliban in its operations, something Prime Minister Imran Khan has denied. The hashtag #SanctionPakistan trended on Twitter as a result, with a significant number of such posts reportedly coming from within Afghanistan. The tension was exacerbated by incidents such as the one that occurred on Friday at a section of the Afghan-Pakistani border that had been closed by the Taliban, where Afghans stuck in Pakistan “clashed” with Pakistani personnel.

For now, though, a more pressing concern to Afghans will not be Pakistan’s role in all this but how their lives will be immediately affected by a new punitive Taliban regime. Setting aside the politics of withdrawal, what is happening is nothing short of a horror. Music will sound in the cities no longer, and the rights that come with a degree of liberalization and secularization will be fast diminished. Under the renewed governance of hardline Islamic fundamentalists, women, who have made great strides in their rights to education and freedom in recent years, will suffer the most.

The Taliban say that girls will still be able to go to school, but only so long as they wear the hijab and “Islamic Sharia laws are not neglected”—whatever that means. Tragically and outrageously, the women and girls of Afghanistan are now at the mercy of whatever the Taliban wants it to mean. Pakistan continues its relentless fight against freethought, as it does every day. At least three individuals have been arrested for allegedly burning the Qur’an, one of them transgender.

In Pakistan, of course, cases like these are par for the course. But the country truly outdid itself recently when an eight-year-old boy was charged with the crime of blasphemy for allegedly urinating in the library of a madrasa. The boy, a Hindu, was subsequently taken into protective police custody while his family went into hiding. When he was released on bail, it motivated an attack on a Hindu temple that necessitated the intervention of Pakistani “paramilitary” forces.

Fortunately, it seems that sentencing an eight-year-old to death is still a bridge too far in Pakistan. Tahir Mehmood Ashrafi, special representative for religious harmony appointed by Prime Minister Khan, called the charges against the boy “baseless,” and he is no longer facing prosecution. The danger to him and his family, of course, persists: they remain in hiding and under police protection.

In territory controlled by the Islamist militant group al-Shabaab in Somalia, too, a recent “prosecution” for blasphemy has taken place. An 83-year-old man, Hassan Tohow Fidow, was “tried” and ultimately convicted of the crime. He was reportedly executed by firing squad a little over a week ago. 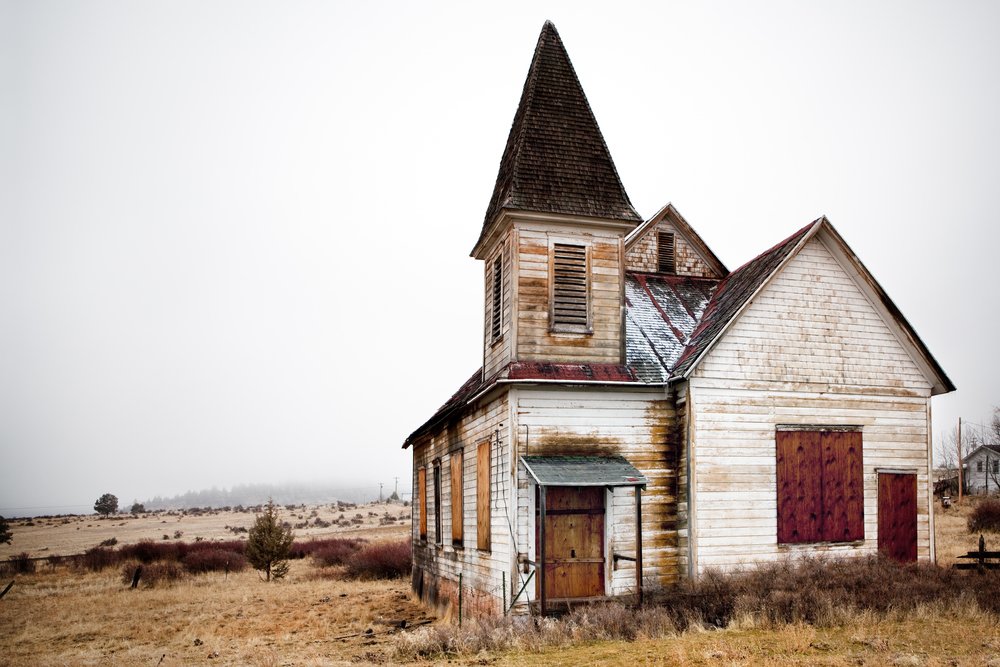 A new study has reaffirmed that, even as the number of Americans identifying as religious has reached all-time lows, atheists are still among the foremost recipients of religious prejudice. The study examined how workers would react to open displays of religious belief—or non-belief—in the workplace. It found that workers would be generally less tolerant of an atheist coworker placing symbols of their (lack of) belief out in the open, compared with similar expressions by Christian, Muslim, or Jewish coworkers. The study also found that atheists who openly express their views on religious matters in the workplace are more likely to be perceived as “pushing” their views on others, as opposed to religious employees.

Whatever the objections to atheists and the non-religious being too forthright about how they see the universe, religious Americans may have little choice but to get used to it in the coming decades. The age 18-29 cohort is far more unaffiliated than not.

Apostasy Day was established last year by an international coalition of ex-Muslim groups. Held on August 22nd, it coincides with the United Nations’ International Day Commemorating the Victims of Acts of Violence Based on Religion. It celebrates the virtues of leaving religion, even and especially in the face of brutal social and governmental pressure, to follow one’s own conscience wherever it may lead. This year occurring rather appropriately on a Sunday, remember to observe it with joviality befitting those who have left archaic, oppressive belief systems behind—and spare a thought for those in Islamic theocracies for whom celebration is not possible

In Mali, more than 50 people have recently been murdered in a jihadist terror attack. It comes shortly after a similar attack killing dozens in neighboring Burkina Faso.

An Amnesty International report has concluded that Saudi Arabia increased the number of executions it carried out throughout the first half of 2021. It is perhaps expected, coming on the heels of a sharp drop in 2020, which appears to have been motivated by public relations concerns as Saudi Arabia hosted the G20 summit that year. Like clockwork, the boot comes back down onto the neck of those who dissent for human rights, women’s rights, and freedom of conscience, expression, and belief.

A profile on the experiences of ex-Muslim Indians from Religion News Service.

A brief history of “honor killings” from Al Jazeera.

The story of Thomas Aikenhead, the University of Edinburgh student who was executed for blasphemously insulting Christ. (This, of course, occurred long ago, in the seventeenth century—replace some names and it becomes clear that Islamic theocracies are still stuck there.)